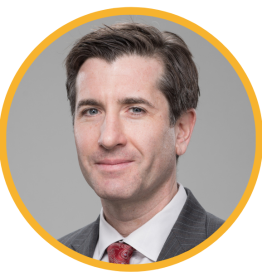 David Shevlin is a Partner at Simpson Thacher & Bartlett LLP and is Head of the Exempt Organizations Practice. He advises a variety of international and domestic exempt organizations, including all forms of private foundations and public charities. David also advises donors to, and the governing bodies of exempt organizations. In particular, David has been involved in advising governing bodies of exempt organizations in connection with internal investigations. He provides counsel to a number of endowed universities, foundations, hospitals and cultural institutions with respect to the investment of their endowments.

David has been recognized as a leading not-for-profit lawyer in The Legal 500 United States (2013) and as a leading practitioner in Chambers USA: America’s Leading Lawyers for Business (2008–2013).  He was recently selected as a member of the David Rockefeller Fellows Class of 2015 and named The Best Lawyers in America’s “Lawyer of the Year” for Non-Profit/Charities Law for New York City (2014-2015).  In addition, he regularly speaks and writes on topics of relevance to exempt organizations.

David serves on the Board of Directors of Doctors Without Borders USA and is Chairman of the Audit Committee and Secretary of that organization.