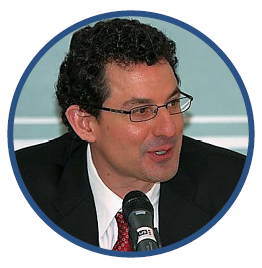 Doug Rutzen is President and CEO of the International Center for Not-for-Profit Law, which has worked in 100 countries to help develop the legal framework for civil society, philanthropy, and public participation.  Doug also teaches at Georgetown University Law Center and serves on the Advisory Board of the United Nations Democracy Fund.

Doug is a member of InterAction’s Board of Directors and serves on USAID’s Advisory Committee on Voluntary Foreign Aid.  He also co-chaired the civil society pillar of the Community of Democracies and the State Department’s Global Philanthropy Working Group.

Under Doug’s leadership, ICNL received a MacArthur Award for Creative and Effective Institutions, the organizational analogue to MacArthur’s “genius award” for individuals.  In 2013, Doug presented remarks at a meeting moderated by President Obama for world leaders at the UN General Assembly. For the past four years, the NonProfit Times included Doug on its “Power and Influence Top 50” list for his work to safeguard civil society around the world.

In the early 1990s, Doug served as Legal Advisor to the Czechoslovak Parliament and taught at Charles Law Faculty in Prague.  In private practice, Doug was co-counsel on several Supreme Court cases and on the first case against Libya for the destruction of Pan Am 103 over Lockerbie, Scotland.

Doug began working with civil society thirty years ago, serving as a consultant to Helen Keller International in Asia, Latin America, and the Caribbean. Doug is a graduate of Yale Law School, with undergraduate studies at Cornell and Oxford.