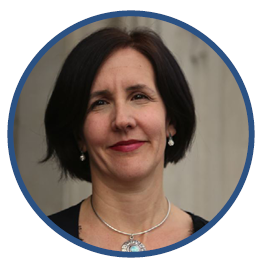 Marina Walker Guevara is the deputy director of the International Consortium of Investigative Journalists, a network of reporters in 80 countries who collaborate on stories of global concern. She has managed the two largest collaborations of reporters in journalism’s history: the Panama Papers and the Paradise Papers, which involved hundreds of journalists and media partners using technology to unravel stories of public interest from terabytes of leaked financial data.

Walker Guevara has been instrumental in developing ICIJ’s model of large-scale media collaboration, persuading reporters who used to compete with one another instead to work together, share resources and amplify their reach and impact.

Before becoming an editor, Walker Guevara investigated issues including environmental degradation by mining companies, cigarette smuggling by leading tobacco firms, and the shadowy world of offshore finance. Her story Children of Lead, about lead poisoning in a Peruvian town by an American-owned lead smelting company, revealed a public health crisis that soon attracted international attention.

Her stories have been published in the BBC, The Washington Post, the Miami Herald, Le Monde and other media worldwide.