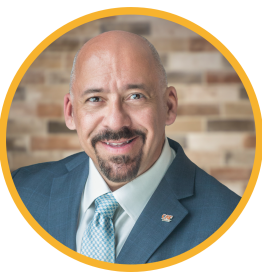 Ted Hart, ACFRE, CDE®, CAP®, serves as President and CEO of CAF America, CAF Canada, and the CEO of CAF International. As an internationally recognized speaker, Ted has over 30 years of experience in advising global philanthropy and is an expert in regulatory frameworks governing both domestic and global philanthropy and risk management. In addition to his Master in Public Administration (MPA) degree, he is a Chartered Advisor in Philanthropy (CAP®), an Advanced Certified Fundraising Executive (ACFRE), a Certified Diversity Executive (CDE®), is certified in Anti-Money Laundering (AML/CFT) and holds the information security management certification ISO 27001. During his tenure as President and CEO, CAF America has witnessed exponential growth helping clients contribute over $1 billion in the United States and in 110 countries around the world.

He is co-editor of the new book Cross-Border Giving: A Legal and Practical Guide published by CharityChannel Press. He has authored People to People Fundraising, Internet Management for Nonprofits and Fundraising on the Internet and co-authored five other published books on philanthropy. Ted played a critical role in the creation of the green nonprofits movement and was the founder of the International ePhilanthropy Foundation. He is a member of the Association of Fundraising Professionals (AFP), the Advisors in Philanthropy Foundation, and The Philanthropy Roundtable.

As President & CEO, he has significantly expanded CAF America’s suite of services and transformed its operations to serve as administrator and advisor for both domestic and international grantmaking that ensures regulatory compliance, manages risk, and protects client reputation.

For its inaugural Virginia 500 List, the Virginia Business named CAF America President & CEO Ted Hart as one of the Commonwealth’s 18 most influential nonprofit leaders for 2020.